You may then question whether or not there is any real need for this ceremonial monarch figure. Indeed, you might even say, if we hope to have any pretence to being a genuine democracy, how can we bear to live for one more fucking second under this ridiculous system where people are rewarded with unimaginable luxury just as a result of the fact they were lucky enough to have been born to some other over-privileged, under-acheiving prick? Both reasonable questions, but let’s ignore all that for now. As you may have seen in the news, Prince William has just got married to Kate Middleton. This is hugely exciting, because Prince William is the son of Prince Charles and Prince Charles is the son of the Queen and the Queen is the Queen and she was chosen by God so it’s a really big deal, and definitely deserves global news coverage.

Because it is definitely true that Prince William getting married to Kate Middleton is one of the most incredible things to ever happen, David Cameron – our current Prime Minister, who has won precisely the same number of general elections as I have – decided that Friday would be a Bank Holiday, to allow people to prepare for the wedding on Saturday. Lots of people up and down the country were planning street parties, and many others planned to travel down to London to get a glimpse of the wedding procession, so there was a lot to do and it was very generous of Mr Cameron to allow us all to join in with this celebration of undeserved privilage.

I used this opportunity to go to Birmingham for the day. On Friday morning, I got the same train I normally get to go to work, but this time I got off at Vauxhall (from there I got a Victoria Line tube to Euston, and then a Virgin Trains service to Birmingham New Street). As I sat on the train to Vauxhall, I noticed that the train wasn’t as busy as usual:

Not many people on the train this morning. I suspect they're all busy preparing for the royal wedding tomorrow.

On Saturday morning, I got up bright and early to go into Central London. As you may have detected from the above, I am not a natural royalist, but this was a historic event and I wanted to be there.

I’d heard rumours that up to a million people were expected to go into central London, but when I got to Westminster Abbey, it wasn’t quite as busy as I was expecting:

I went along to The Mall. I could see that the police were anticipating large crowds and had put out metal railings to control them, but it seemed like they’d anticipated a lot more people than actually turned up: 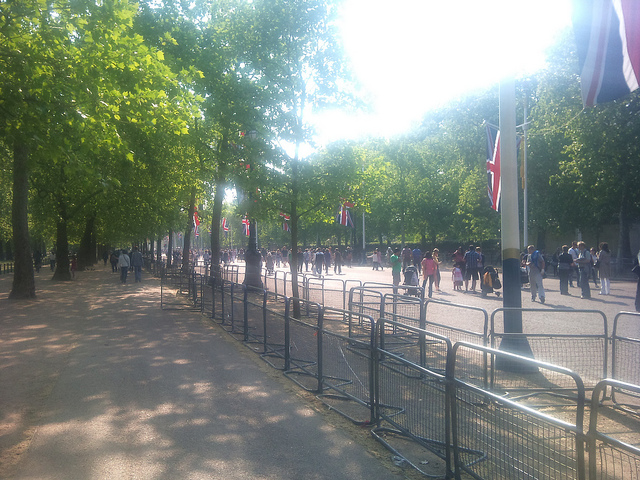 I got to Buckingham Palace. The world’s media were out in force. This pretty newsreader was from America: 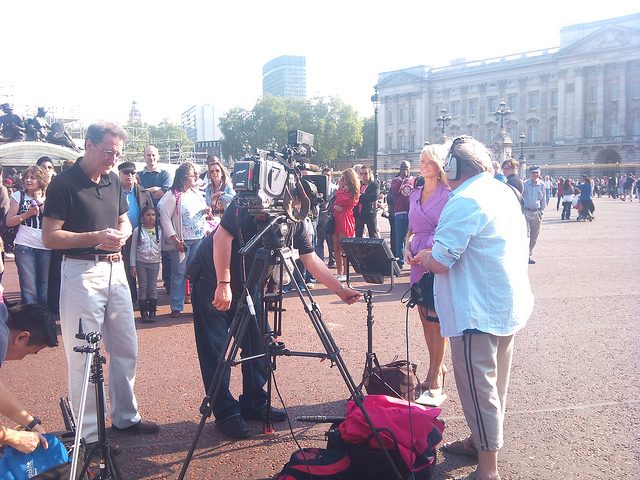 Doesn’t she have a nice smile? I noticed that she seemed to be using her foot to stop her notepad blowing away: 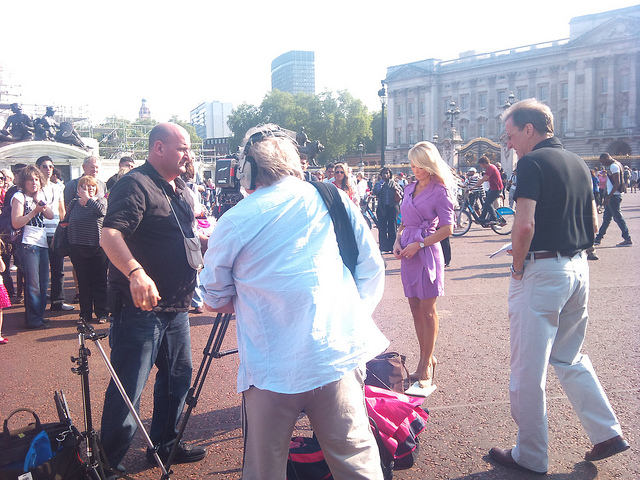 I wondered what it said on the piece of paper, and luckily was able to get close enough to have a look: 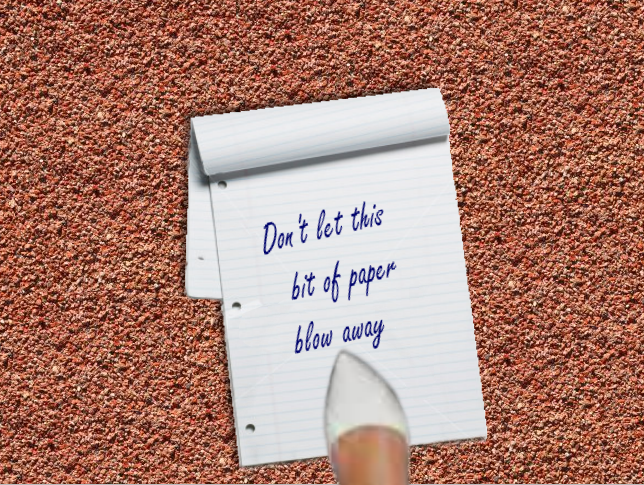 There was an enormous crowd gathered outside Buckingham Palace: 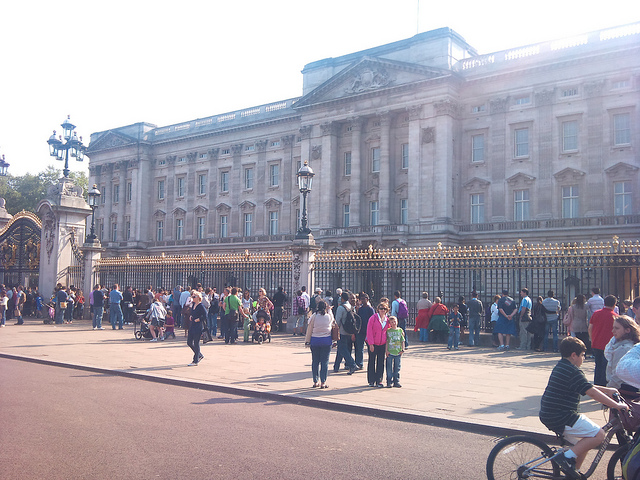 Everyone was eager to see the royal couple’s first kiss on the balcony. I waited there for about four or five hours, but they didn’t seem to come out. Fair enough, I suppose – after all, this day was about them, not me. I decided to allow them to enjoy their special day in peace and went home.