This is a poster for the film Thor: 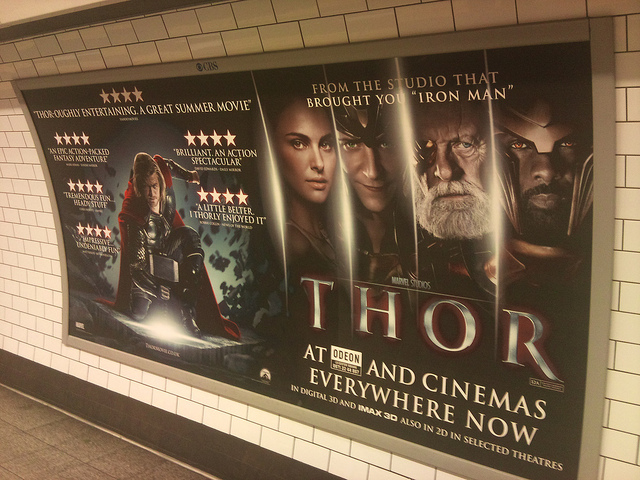 That isn’t exactly how the conversation went if I’m honest, although it definitely started with him asking me to guess who directed Thor. And I didn’t actually guess correctly at all, and gave up after about ten seconds and so he told me the answer. However, later that same day, I went to the monthly quiz at the Big Green Bookshop and during the film round, one of the questions was to name the director of Thor, and I was able to answer that one correctly, scoring one point which ultimately made no difference to our final position. I think we came fourth, out of about seven teams. I bet you’re impressed, aren’t you? Unless you were in one of the three teams which did better than us, in which case you can fuck off, you smug bastards.

Anyway, as is customary with these kinds of posters, it features a selection of quotes to illustrate how brilliant the film is.

Mark Adams of the Sunday Mirror gave it four stars and called it “an epic action packed fantasy adventure”: 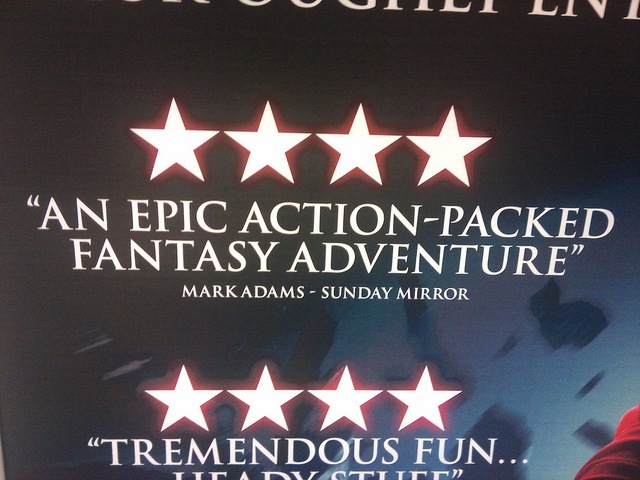 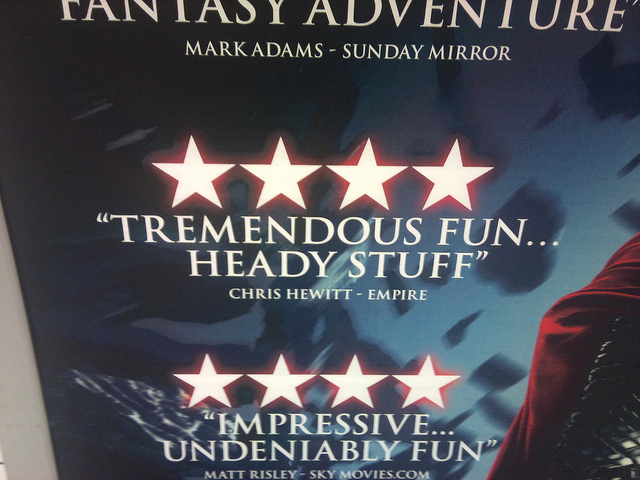 Matt Risley from Sky Movies.com gave it four stars as well, saying that the film was “impressive” and “undeniably fun”: 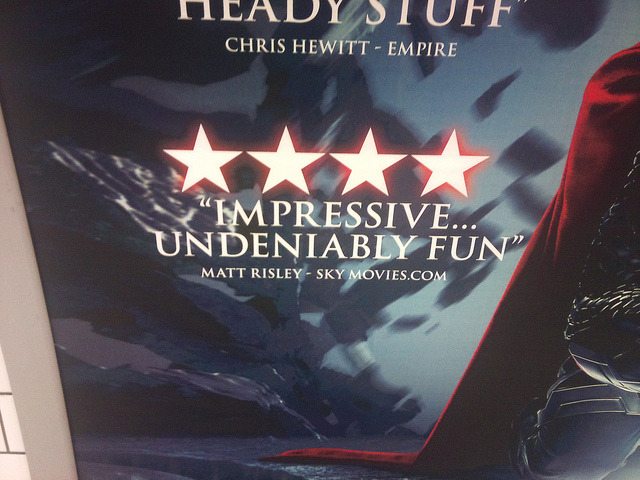 David Edwards of the Daily Mirror also gave it four stars, and said it was “brilliant” and called it “an action spectacular”: 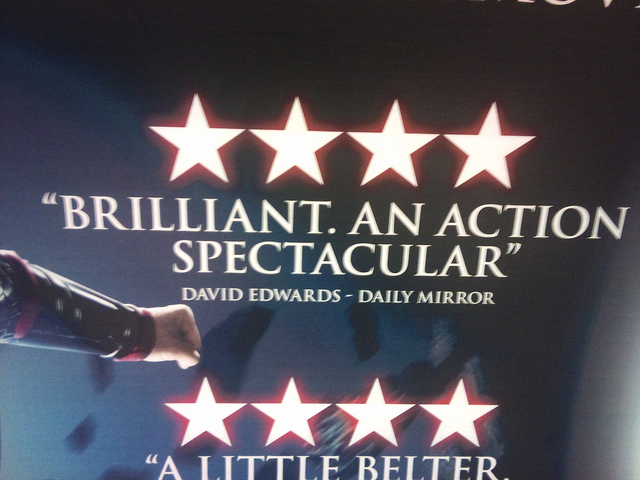 Four stars again from Yahoo! Movies, who injected a bit of humour into their recommendation, describing the film as “thor-oughly entertaining” and adding that it is “a great summer movie”: 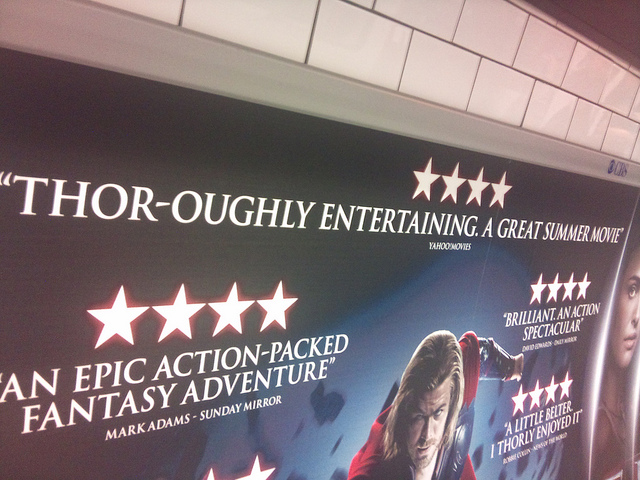 Finally, Robbie Collin from the News Of The World gave the film four stars, describing it as “a little belter”. Like Yahoo! Movies, Robbie also attempted a pun: 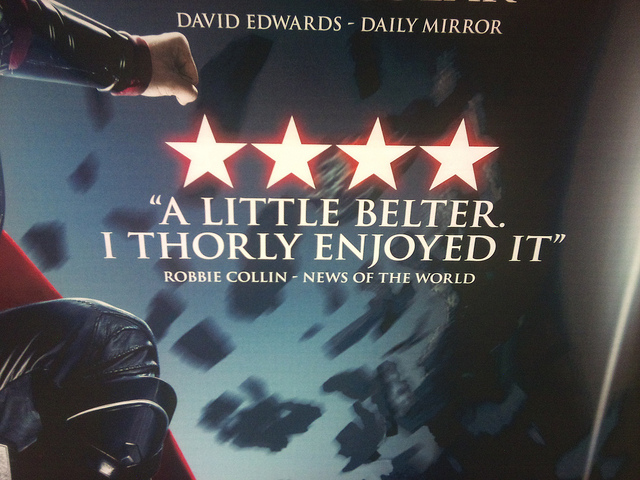 Robbie Collin from the News Of The World has taken a different approach. He’s kept the “thor” bit, obviously – that’s the whole point after all – however, instead of inserting a hyphen between the “thor” and the “oughly”, he’s chosen to remove everything between the “r” and the “l”. He’s removed four letters from the middle of the word (“o”, “u”, “g” and “h”).

Two different ways of essentially solving the same problem. But which is the most successful? I personally would argue that the Yahoo! Movies approach is best, because “thor-oughly” is quite close to “thoroughly”. In fact, it’s the same word, but just with a hyphen inserted after the fourth letter. However, “thorly” hardly resembles “thoroughly” at all. It doesn’t look the same – it’s only six letters instead of ten. It’s a syllable short. It’s just a mess. “Thorly” could work as a substitute for the word “surely”, but it doesn’t work as a substitute for the word “thoroughly” and on this basis, I shall not be going to see this film.