As I mentioned yesterday, I’m trying to find out what this advert, exposed as part of the renovation works at Waterloo, relates too: 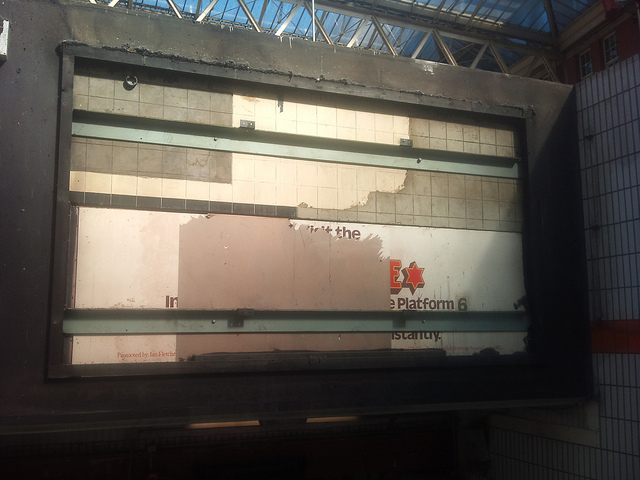 Something which ended in the letter “e” was opposite platform six (I assume it’s opposite, it could have been “beside” platform six, but that seems like a slightly odd choice of words).

At the bottom of the poster, it says “Promoted by Ian Fletcher” and then “[something] Children, Pembridge Hall, Pembridge Square, London, W2”

Tom Cleaver pointed out in the comments to yesterday’s post that up until 1981, Mencap used to be called “National Society for Mentally Handicapped Children” and that they were based in Pembridge Hall, as this advert shows: 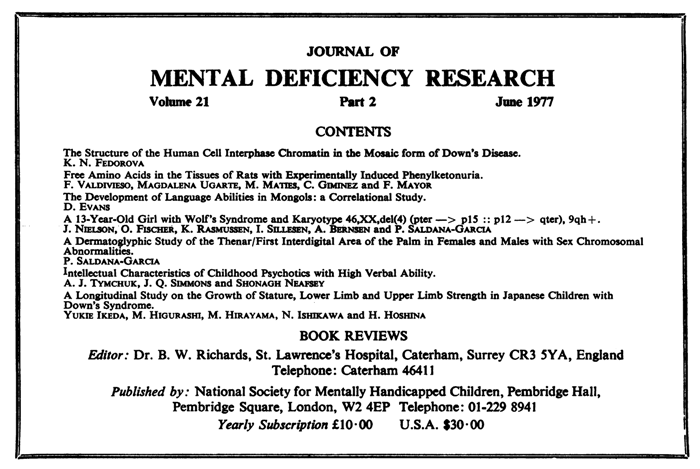 Also, a couple of people mentioned that the “6” looked a bit odd, as if it had been altered in some way. On my way home yesterday, I took another photo from the other side of the poster:

The six has been stuck on. This means either whatever it was used to be opposite a different platform and was moved, or that it was a generic poster, perhaps used in lots of different stations with the platform numbers added later.