On Saturday I went to Waitrose, as I am perfectly entitled to do.

In Waitrose, they have scheme called “Community Matters“. When you buy something in store, you are given a small green token along with your receipt. You can then place that token in one of three boxes, each relating to a local charity. Each store is allocated £1000 (£500 for convenience stores) and the money is then distributed to each charity in proportion to the number of tokens each charity receives:

The local charities are nominated by customers by filling out a form in store.

These were the three charities which were featured on Saturday: 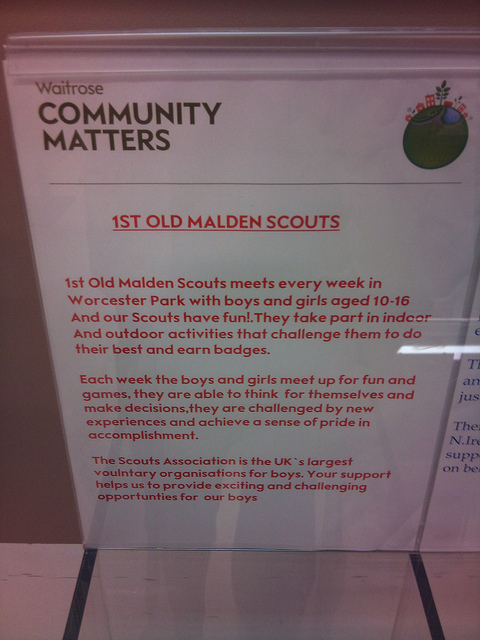 1st Old Malden Scouts meets every week in Worcester Park with boys and girls aged 10-16, and our Scouts have fun! They take part in indoor and outdoor activities that challenge them to do their best and earn badges. 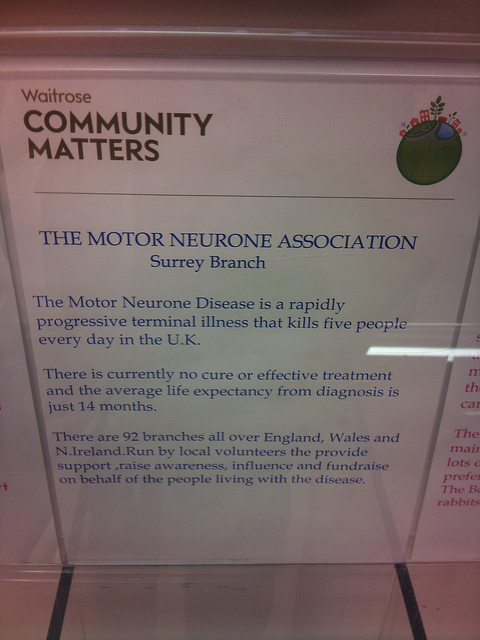 THE MOTOR NEURONE ASSOCIATION
Surrey Branch
The Motor Neurone Disease is a rapidly progressive terminal illness that kills five people every day in the UK.

There is currently no cure or effective treatment and the average life expectancy from diagnosis is just 14 months. 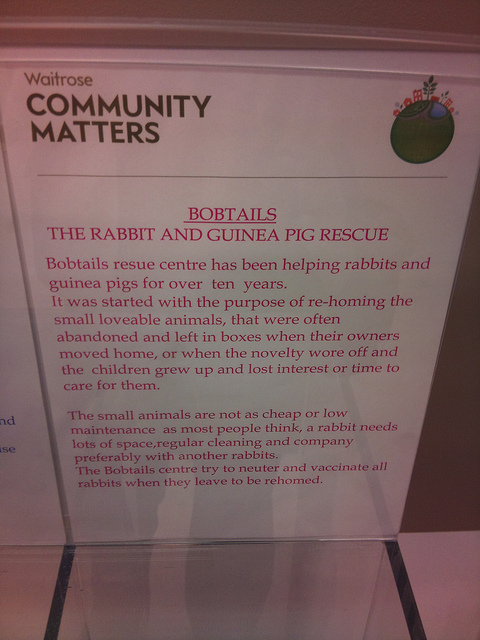 Bobtails rescue centre has been helping rabbits and guinea pigs for over ten years.

It was started with the purpose of re-homing the small loveable animals that were often abandoned and left in boxes when their owners moved home, or when the novelty wore off and the children grew up and lost interest or time to care for them.

Now, I’m not saying that I hate boys and girls between the ages of ten and sixteen or that I think guinea pigs deserve to be put in boxes when their owners leave home or anything like that, but I think it’s quite obvious that the Motor Neurone Disease Association are the most deserving cause of the three, and this is also clearly what the majority of Waitrose customers think as well as they received significantly more green tokens. I have added yellow lines to show the level of tokens in each box as it’s not all that clear in the photo because of the angle of the photo: 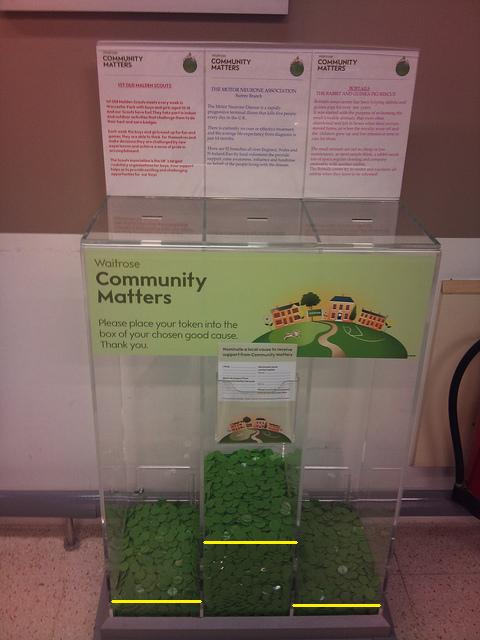 I suppose you could argue that as the money is distributed proportionally, maybe it’s right for a few people to vote for Bobtails, that way they get some money at least (and even though they claim that “the small animals are not as cheap or low maintenance as most people think”, they do basically just eat some bits of lettuce or whatever, it’s not like their diet is based on eating diamonds) but I think this shows the flaw at the heart of democracy. Ideally, the public should be denied the opportunity to express their opinions on anything and all decisions should be made by me.