It’s the first word I say in the Edinburgh show I’m doing. Did I mention I’m doing an Edinburgh show? Every day at 7pm? At The Bongo Club? You know, on Holyrood Road? I must have mentioned it. It’s “strangely hypnotic and engaging” and leaves you with “a sense of perceiving the world slightly differently”. I must have mentioned it. Do you want a flyer?

“So”. It’s the first thing I say. “So, are there any fork-lift truck drivers in tonight?” The “so” is crucial. It suggests a continuation. I’m responding to something. I’m responding to the framework we have created. This is our show, and the entrance music (Ho Renomo by Eno & Cluster) and the videos which play as you come in are designed to introduce you to our little world. It’s not a high energy show. It’s quiet and it’s meditative and it’s silly. It “swings between the absurd and the beautiful” (The List). It’s “witty and fascinating” (Josie Long). I’m proud of it. And even if it’s costing us a ridiculous amount of money to perform each night to smaller and smaller audiences, I’m happy to have done this because I think it’s a good show. This is not the next big thing, this is our little thing (I stole that line from Lewis).

Tonight, I did a bit from our show somewhere else, in front of people who have no idea who I am or what I believe in. It didn’t go down well. It was my fault, of course. I knocked over my props, and as I bent down to pick them up, the microphone caused a high-pitched squeal of feedback. But this wasn’t the real problem. As Tom (who had asked me to do the gig) explained later I’d “already lost the room by then”.

It wasn’t fun. There was a roomful of people looking at me, thinking “You poor, poor man”, as I scrambled around on the floor, picking up the props which everyone had already decided they weren’t interested in anyway.

Of course, all comedians have bad gigs, but the point is, I don’t want to be a comedian. It seems like a horrible job. I want to create spaces and events where I can do my own little thing on my own terms. Boring was something I created, and I’m proud of it. The Quotidian Revue is something I’ve co-created and I’m proud of that too. I don’t want to do “circuit” gigs, and I can’t anyway. I’m not good enough. I’m comfortable with that because I know it’s not what I want to do. I’m not interested in doing that.

It’s now quarter to three in the morning. I was upset earlier because the gig had gone badly and I felt I’d let Tom down. I was so upset, that as I walked home, I decided to buy myself a present to cheer myself up: 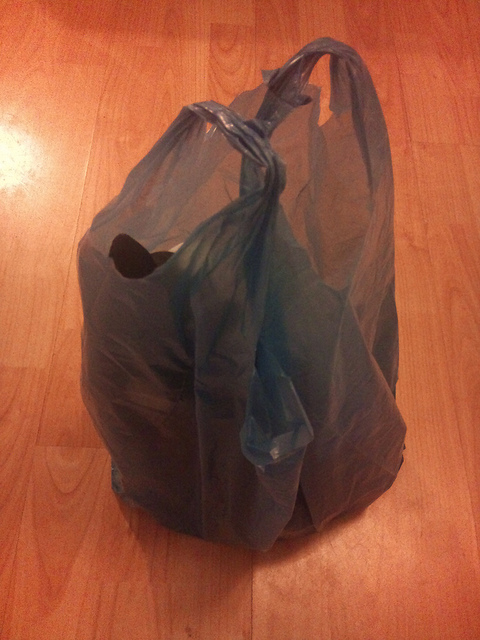 I’m not entirely sure why I bought it. I saw it in the window of a newsagents and it sort of seemed funny. When I actually went inside and picked it up and gave it to the man in the shop, it started to get less funny. He looked at it in amazement. I don’t think he realised that they sold them in his shop. He was confused. He turned it over, looking for a price tag. £24.99. Twenty five fucking pounds I spent on this. I hadn’t checked the price before going to the till, but by now I was committed to the purchase.

And that is the reason I now own this: 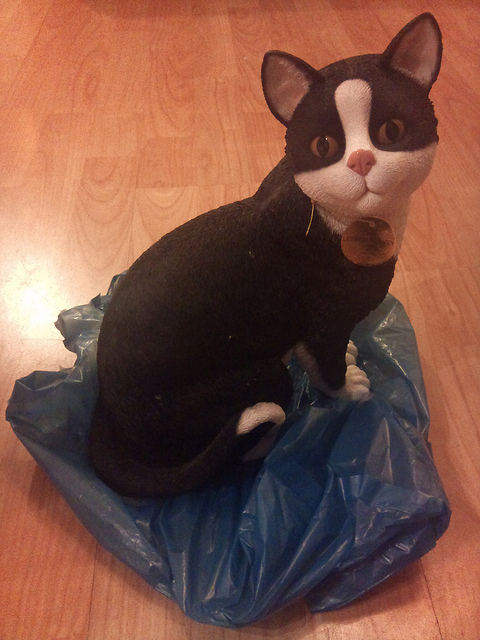 It’s a life-size model of a cat. I have no idea what I’m going to do with it, or how I’ll get it home, but it’s mine.

I think I’m having a breakdown.